The 20 Strangest Sentences In The English Language

1. I never said she stole my money.

While it may look like someone copied “had” and pressed the paste button a few too many times, this is actually an example of what happens when the past perfect tense gets used back-to-back. The first and third “hads” are the auxiliary verbs, while the second and fourth ones are the main verbs. Stylistically speaking, the sentence would probably be less confusing if written, “He had had a lot of faith, but it had had no effect on the outcome of his life,” but what fun is that?

3. The complex houses married and single soldiers and their families.

The fun thing about this sentence is that “complex,” “houses,” and “married” can all serve as different parts of speech. We automatically tend to assume that “houses” is a noun, “complex” is an adjective, and “married” is a verb, but when you realize that “complex” is a housing complex and that soldiers who are married are staying there, things make a lot more sense.

4. The horse raced past the barn fell.

You don’t really appreciate little words like “who,” “which,” or “that” until you come across a sentence like this one. The headache you’re experiencing trying to figure this out is due to the presence of a reductive relative clause, which can be seen in sentences like, “The song heard on the radio was beautiful,” instead of, “The song that was heard on the radio was beautiful.” All we have to do to make this a little more simple is change the first part of the sentence: “The horse that was raced past the barn fell.”

5. A rough-coated, dough-faced, thoughtful ploughman strode through the streets of Scarborough; after falling into a slough, he coughed and hiccoughed

The letter combination “-ough” has nine possible pronunciations in English (depending on regional dialect), and this delightful sentence contains them all: “uff,” “oh,” “auh,” “ow,” “uh,” “oo,” “off,” and “uhp.” How’s that for a tongue-twister?

It’s not just required luggage for surviving the weekend at the in-laws’ house— this sentence contains every single letter of the alphabet, while using the smallest number of letters to do so. Go ahead and check; they’re all there.

Ending a word with “ing” can make it a noun, verb, or adjective, depending on how you use it. This sentence, found in a 19th century grammar book, explores just how far we can take the versatile “ing” if we put our minds to it. If you take the time to really dissect this sentence, it’s not as crazy as it initially appears: “This very superficial grammatist, supposing empty criticism about the adoption of proper phraseology to be a show of extraordinary erudition, was displaying, in spite of ridicule, a very boastful turgid argument concerning the correction of false syntax, and about the detection of false logic in debate.” Well, I guess it’s just slightly less confusing.

8. A woman without her man is nothing.

This has made the rounds on the internet for a while now, but it’s still a fascinating look at how punctuation can completely change the meaning of a sentence. As the story goes, a professor told his class to correctly punctuate the sentence. The males in the classroom wrote, “A woman, without her man, is nothing.” The women in the class wrote, “A woman: without her, man is nothing.” With just a simple change in punctuation, the entire meaning of the sentence was changed in an instant.

Author and recreational linguist Dmitri Borgmann came up with this sentence, in which each word is exactly one letter longer than the one before it. The sentence contains twenty words, and although it’s a little confusing to read, if you take the time to analyze it, you’ll notice that it actually makes complete sense.

This sentence plays off the fact that ‘saw’ is both a noun and the past tense of the verb ‘to see.’ It could mean that the hammer allowed the blind man to regain his eyesight, or that he uttered the phrase while picking up two tools.

Isn’t it confusing when one word has two different pronunciations? For this (completely true) sentence to make sense, try reading it like this: “Reed rhymes with leed, and red rhymes with led, but reed and led don’t rhyme, and neither do red and leed.”

It sounds like something a very drunk sailor might say, but this sentence actually isn’t missing a verb. In this case, the word ‘man’ is a verb meaning to take one’s place for service, and ‘old’ is used to mean a collective group of old people

This collection of words is a simple one, but its sole purpose is to take you on a chronological journey of words while making you uncomfortably self-aware. I feel like this belongs somewhere in The Matrix.

Is there a new breed of insect called a Time Fly that enjoys arrows? Or does fruit have the ability to soar as bananas do?

15. One morning, I shot an elephant in my pajamas. How he got into my pajamas, I’ll never know.

Groucho Marx came up with this witty joke, and while it might be cheating since it requires two sentences for the humor to come through, the first sentence is the one we need to pay attention to. The modifier ‘in my pajamas’ is thought to mean that the subject was in his pjs when he shot an elephant, but when Groucho clarifies himself, we learn that the truth is actually even more bizarre. This is a great example of how a sentence can completely change its meaning based on how we group the words together in our mind.

16. When I tell you pick up the left rock, it will be the right one, and then only the right rock will be left. 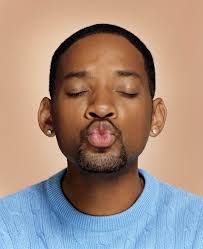 As it turns out, the famous actor and rapper’s name is made up of two verbs. The first possible combination asks if the Fresh Prince is going to take up forging armor as a hobby, while the second one affirms it.

Ah, the magic of phrasal verbs. To a non-native English speaker, “to chop down” and “to chop up” seem like they would be direct opposites (and might inspire some interesting mental images). Those who really know the language are aware that chopping something down means to hack at it until it falls, while chopping it up means to cut it into smaller pieces.

Noam Chomsky came up with this grammatically correct, but nonsensical sentence in order to prove that syntax and semantics are two very distinct things. You’d probably never hear these words spoken in this order in actual conversation, but all of the words are used correctly. This fascinating video uses this technique to show us how English sounds to people who don’t speak the language— it sounds like it makes sense because the structure is the same as what we’re used to, but because the words would never be found in that order, we don’t understand what’s being said.

3 responses to “The 20 Strangest Sentences In The English Language”